Our chosen charity for 2018 is Guide Dogs for the blind; and whilst we will be supporting them throughout the year on occasions we’ll be actively raising funds.  March saw our first positive action when Kate took to the streets of London with c10,000 other runners to take on the inaugural London Landmarks Half Marathon.  One of her biggest challenges was to get to the start line uninjured.  Given her track record this was a big ask!

Having made it what does she have to say about the day now?

“Whilst I’ve racewalked both a half and full marathon I had never to date turned up and run anything longer than 10k.  It looked dubious I’d make this start line either when injury struck the week before but a bit of brutality from a masseuse and tough talk from the physio and I was all set.  Training had gone to plan – last year’s 7 months (count them) of injury were a distant memory.  Some helpful words of advice from one of our interims who’d run a couple of halfs last year had got me to the distance (thank you Simon) all I had to do was turn up and run.  Easy then!

The clocks springing forward overnight caused a little consternation and made for a disrupted night’s sleep but all was well; alarms all sounded when they should and there was more than enough time for breakfast and lots of faffing around before heading off for the start.  It was a lovely clear, chilly morning as I walked across London to Green Park and the bag drop off.

By the time I reached the start pen I’d managed to lose the identifying tag for my bag collection but there was plenty time ahead to worry about that!  Worst case scenario mine would be the bag left when 9,999 others had been collected! 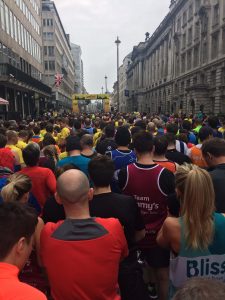 The atmosphere in the start pen was electric; hundreds of nervous runners corralled together twitching their legs to Freddie Mercury and other 80s classics by way of warm up; as good a warm up as you can with arms pinned to sides and scarce room to move.  And then the count down began.  I was so nervous.  My plan was to join a pacer and stick with them.  Not pushing too hard but getting me round in a time I had decided would satisfy me.  So where was the pacer?  No idea.  Rethink plan – quick! 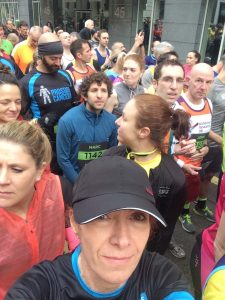 No time to think now – the horn sounded and the crowd began the inevitable shuffle to the start line.  Not quite the flying start Mo gets but maybe that’s a good thing.  Remembered to start my Garmin wouldn’t look at it again until I hopefully stopped it at the finish line.  And that was it; I was running a half marathon.  It was very crowded as we passed alongside Trafalgar Square and took a little while to find a comfortable pace.  As we approached mile 2 I saw my target pacer ahead and figured if I could reach them and stick with them I’d come home ahead of plan.  Slight increase in pace and by Waterloo Bridge I was with a pacer and it felt easy enough to chat with him for the next 2k.  That was the point it struck me I could probably stop talking, run a little faster and improve on my target time.  So off I went. 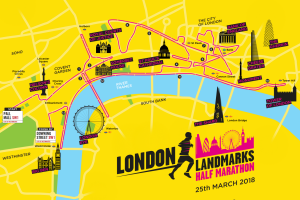 It felt like I sailed round the first 11 miles.  I really enjoyed the running, the camaraderie both with fellow runners and with spectators, I took in the sights and sideshows laid on along the route and thanked the various charity parties along the way.  I spotted my Mum and sister along the way who’d popped down to cheer me on and detoured to give them hug, leaving them with tears in their eyes. 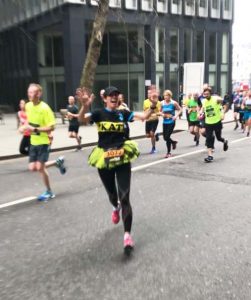 The route had lots of tight turns and switchbacks which make for difficult navigation when little attention is paid to who is around you but meant we frequently passed other runners and encountered the same spectators numerous times.  You come to recognise familiar faces.  I love it when a stranger cheers you on by name – it (almost) never fails to give me a boost.

Miles 12 and 13?  Another story. Those are the hardest 2 miles I have ever run.  My legs felt like lead.  The sudden loss of power came out of nowhere and hit really hard.  Putting one foot in front of the other was such an effort.  Even a shout to me from Ant Middleton (SAS: Who Dares Wins) couldn’t inject much energy.  Although embarrassingly I did find enough to gush a big “Hi Ant!” and wave as if I actually knew him – inhibitions lost through utter fatigue!

The finish line seemed to take an eternity to materialise and the closer I got to it the more people came flying past me blessed with a second wind.  There was no second wind in me.  There was barely the wind to get me over the line.  But I did it and recovery was aided greatly by a real sense of achievement in what I’d done.  I’d run really well for 11 miles and despite fading in the last 2 miles had remained ahead of my target time.  I felt like a champion!

All in all I loved it.  I’m now considering the last 2 miles as an opportunity to improve on performance.  Yes, that’s what’s happened; I’m already looking ahead to what I would do differently next time!” 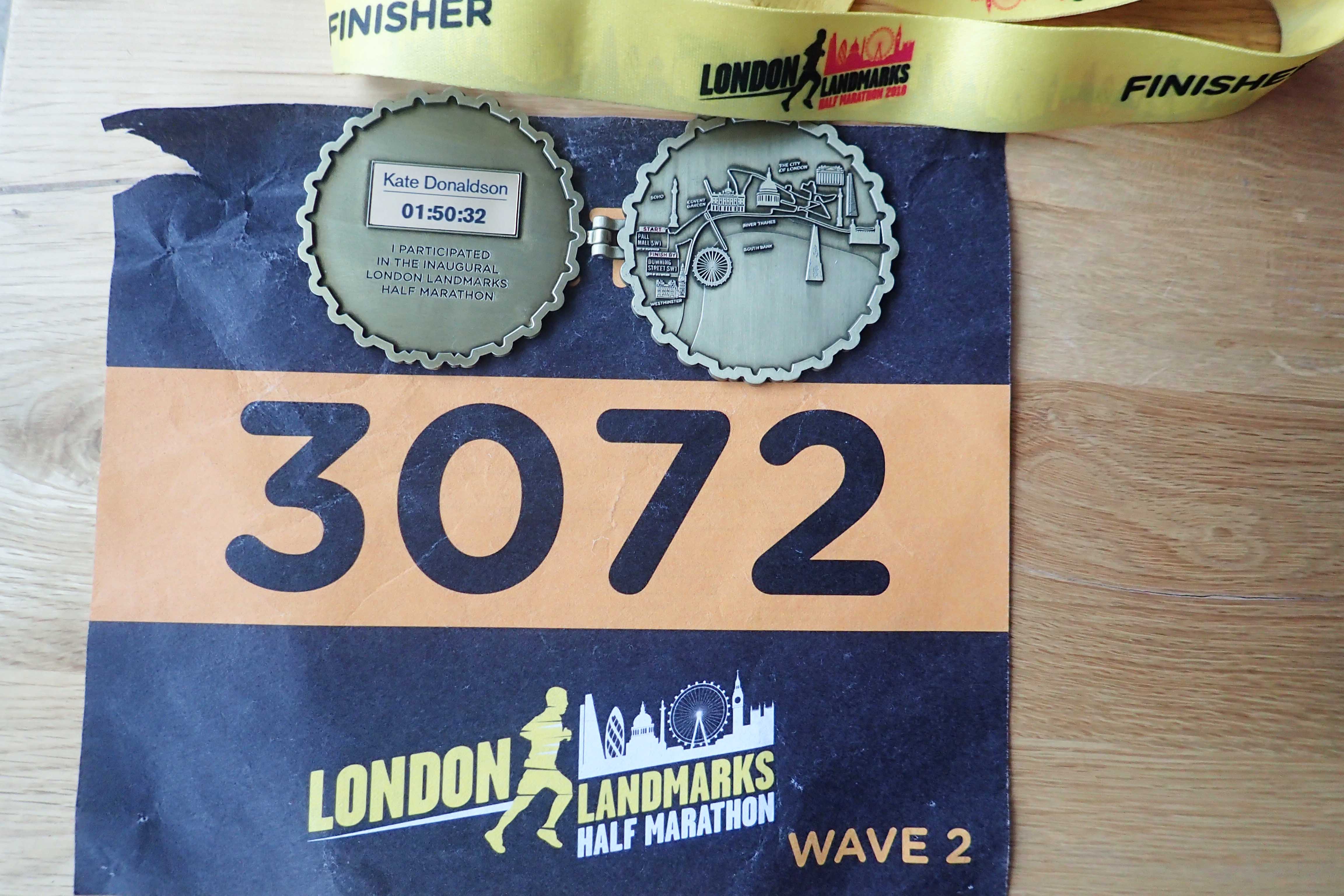 Can't Find The Vacancy For You? Get in touch